Built with respect to the historic Santorinian architecture.

Fine accommodation at a historical setting in Santorini

‘Aghios Artemios Traditional Houses’ opened its rooms for tourism in 2006 after a careful restauration/modification of the existing cave rooms took place by its present heir and owner Artemios Bellonias. The special cave rooms and suites are located on different levels around the private Orthodox church ‘Aghios Artemios’ (Saint Artemios) built in 1444, which gives to the visitors the feeling of enjoying their holidays in a small, picturesque village.

For centuries, the old cave rooms (yposkafa) were used for pilgrims who visited the church or for the guards, who cultivated the lands around the property producing wine and other agricultural products. During the years of 2000 and 2005, they were turned into beautiful rooms and suites while importance was given to maintain the original structure (caves) of this historical setting.

It is a unique place in Santorini as it combines in its best way modern comfort with historic Cycladic and mainly Santorinian architecture. 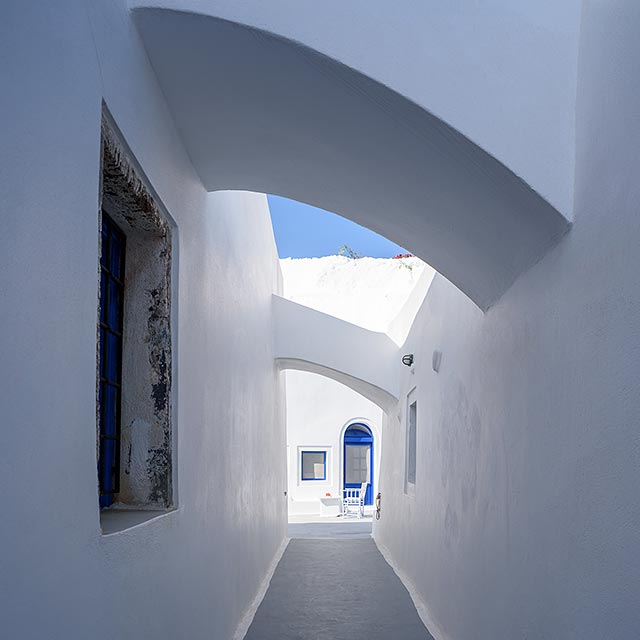 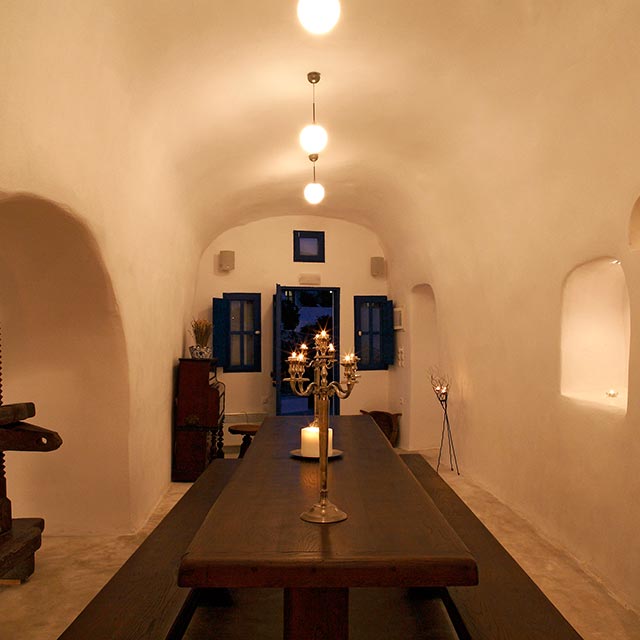 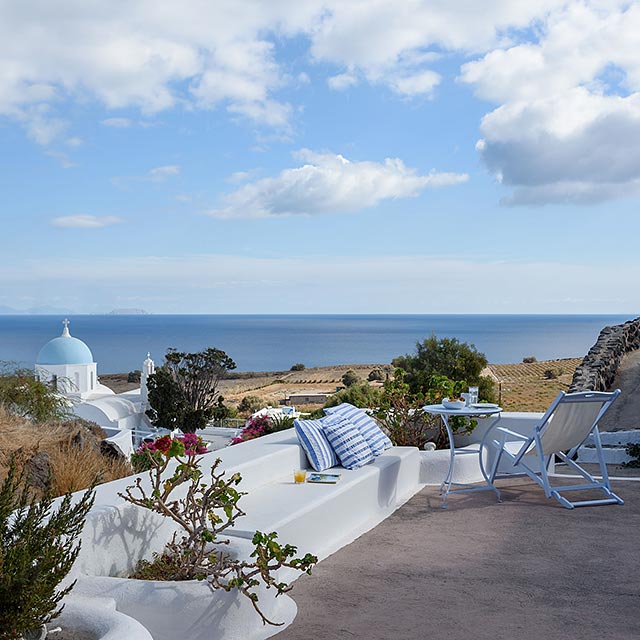 The vaulted rooms are of varying sizes, but each is unique in its character. 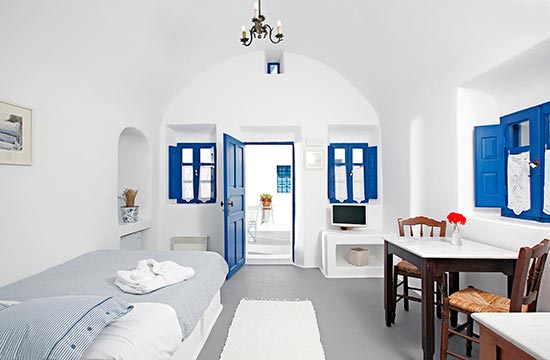 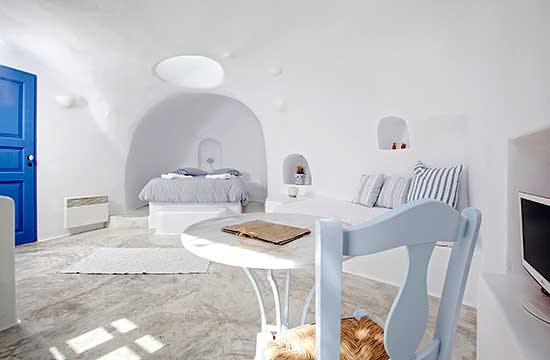 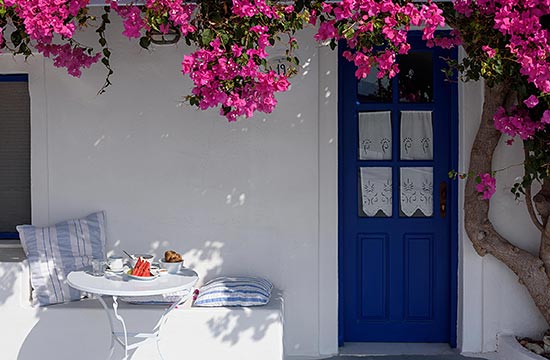 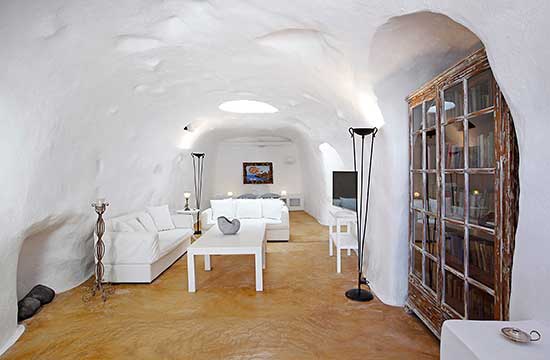 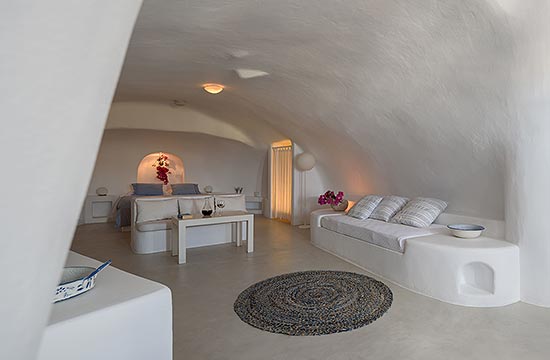